The face of tourism is changing. Not only are travelers looking for more bang for their buck, they are also progressively seeking out the new and different for their trips, leaving the idea of simple beach fun in the dust.

“As people travel more and become more experienced tourists, they are increasingly looking for ‘experiences’ on their trips,” Sandra Carvao, United Nations World Tourism Organization communications manager, revealed. “Factors such as climate – a holiday in the sun – are becoming less important, and new, authentic and meaningful experiences are now the priority.”

New travelers are ever more independent and experienced, having traveled far and wide. Such experience has led them to demand more from their vacations. Trends also show that tourists now rely on technology for every step of their trip, from booking airfare online to sharing their vacation on social networking sites upon their return.

Moreover, tourism, said Carvao, is one of the first economic sectors to be influenced by international events, including natural disasters, health crises, terrorism, and economic and political uncertainties. Incidents such as the terrorist attacks on Sept. 11, 2001, and the economic meltdown of 2009 can quickly affect tourism spending.

“The health of world tourism is largely linked to the health of the world economy. When times are tough, people travel less, both for business and leisure,” Carvao said.

A troubled economy, therefore, spelled disaster for the tourism industry in 2009; the difficult year resulted in tourist arrivals dropping 4 percent. Signs of growth, however, are already cropping up. Before the end of 2010, international tourist arrivals hit a record high of 940 million, with growth continuing in 2011.

“Tourism is also a remarkably resilient sector and has bounced back time and time again from setbacks,” Carvao stated.

Most recent statistics demonstrate an industrywide growth of 5 percent in the first few months of this year, with emerging economies faring the best at a 6 percent increase and more advanced markets showing 4 percent growth.

“This ‘multi-speed’ growth is a reflection of the broader global economic situation and is set to continue for the foreseeable future,” Carvao said. “Growth has been much fostered by economic development, the emergence of strong middle classes in emerging markets (and) the expansion of air travel and globalization.”

Emerging markets—including the Middle East, Africa, Asia and the Pacific – are the new tourist destinations that are increasingly drawing crowds. For example, China is now the third most-visited country around the globe, and the number of Chinese traveling to other nations is increasingly growing.

China spent a total of $55 billion tourist dollars in 2010, and that figure continues to climb. In fact, Chinese spending on global tourism has increased fourfold since 2000, putting the country on the fast track toward becoming one of the top outbound markets in the world. Chinese residents’ increased leisure time and greater disposable income has translated to dramatically more spending on international vacations.

Other developing countries, such as India and Brazil, mirror this growth, with booming economies leading to increased tourism dollars, both coming in and going out. At the same time, the UNWTO predicts today’s big spenders – Germany, the United States, the United Kingdom – will stay strong.

Many of today’s tourists are also more socially and environmentally responsible, respecting local cultures and realizing the difference their dollars can make to a country’s economy. Tourists are conscious of their environmental footprint, increasingly supportive of local economies and careful to avoid behavior that could be construed as offensive.

“Tourists are more aware than ever of the culture and environment of the places they travel to. They are looking for destinations that not only do no harm to their surroundings, but actively make a positive difference,” Carvao maintained, pointing to the growth of ecotourism and volunteer tourism.

Tourism is affected by political decisions and economic ups and downs across a range of industries, but is often left out of the debate. Carvao reports that policymakers do not account for the industry enough.

“This (exclusion) has proven (to be) a challenge for our sector, which has found itself excluded from policy-making on precisely those areas that affect tourists the most,” Carvao said.

The UNWTO believes that the next decade will be one of the most exciting yet for the tourism industry. The U.N. agency forecasts that by 2020 the world will see 1.6 billion international tourists and 4 billion domestic tourists.

“As traditional economic sectors loose dynamism, the redistribution effect of tourism and its capacity to create jobs will see the sector emerge as one of the most effective agents of development,” Carvao said. “As global leaders and decision makers look for economic sectors that can be truly sustainable – economically sound, socially responsible and environmentally friendly, tourism will prove an obvious solution.” 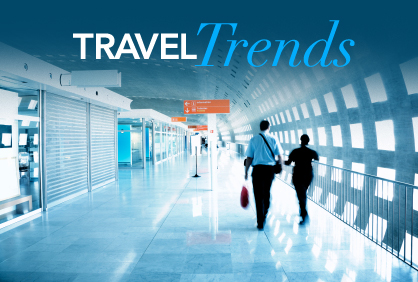